One of the most treasured organs from regeneratively raised, grass-fed, grass-finished New Zealand cattle in one amazingly powerful supplement.

What is Microcrystalline Hydroxyapatite?

A naturally occurring bone mineral form of calcium. Bovine-derived MCHA contains highly bioavailable nutrients in their proper forms and ratios. The growth factors, peptides, and other nutrients  aid in the prevention and repair of bone loss (commonly seen in osteoporosis) (1).

Ancestral Use of Bone

Modern humans are plagued with skeletal fragility. This simply was never an issue in our past. Exercise, movement, and nutrition were second nature. Our ancestors instinctually sought out foods in a nose to tail fashion to fortify their bodies. This was burned into their DNA.

Studies have shown that the advent of agriculture has resulted in lost skeletal strength in humans. Many believe this agricultural revolution led to a more sedentary lifestyle due to the lack of necessity to hunt and forage, and thus weakened our bones. While lack of movement contributes to such fragility, one must never overlook the importance of nutrition. Our ancestors consumed animals nose to tail, including the bones, which promoted strength and vitality at a fundamental level.

Vilhjalmur Stefansson, in The Fat of the Land, explained the use of whole bones as staple in the diet of the Inuit, “Humerus and femur are saved for boiling, with what meat remains on them, and these bones are broken for marrow while hot. The other long bones of fore and hind legs are cleaned of all meat and are saved up to crack for the raw marrow, which may be used with a meal, or, in small quantity, eaten raw between meals, somewhat as we eat candy.”

Indigenous mountain dwelling groups in the western region of Sudan, known as the Fur of Darfur, consume bones regularly and consider this part of the animal a great source of nutrition. Kaidu-digla, also known as bone balls, are simply vertebral bones cut into small pieces, pounded with stone, and mixed with water and salt. They then mold these into balls and sit out to ferment until ready for consumption. A similar dish, called dodery, is the ball-and-socket joint left out for fermentation until crafted into a nutritious paste.

Several stories suggest traditional people consumed fresh bones as a calcium source. Herring was frequently roasted over fire and eaten nose to tail in Sweden. The natives of Cameroon grilled the bones of fish and consumed as though they were chips. Inuit of the far north consumed fermented fish heads entirely.

Weston A. Price, a pioneer of traditional food and culture, discovered various hunter-gatherer groups exceeding nearly two times the amount of calcium in their diets compared to their western counterparts. These groups prioritized foods in a nose to tail fashion and rarely experienced disease or tooth decay.

This is the whole-food bone support I've been waiting for! Thanks, Mary

I haven't noticed any difference, but I'm hoping the Bone Matrix will reverse or at least slow down my osteoporosis

Thankful to have this option as I've transitioned to animal based and do not tolerate dairy. Glad to have this as a calcium supplement. 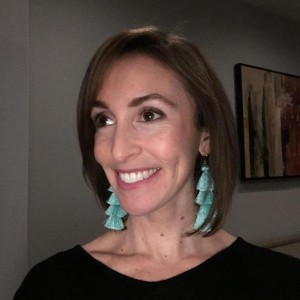 Hi! Overall my experience has been neutral, I am taking these as a replacement for calcium citrate because I have low bone density and a diary intolerance (otherwise I would try to get my calcium from my diet). The only side effect I have noticed is some constipation since starting the supplements. I have been spreading them out throughout the day to try to help with that and it has been somewhat better. I’ve also decreased the dose to two capsules but I’d really like to be taking 3 a day. Do you have any suggestions? Thank you!

Hi Stefanie, We appreciate you leaving this review for us. We truly consider you a part of our tribe and want to ensure you have the best experience possible. There are several factors to consider for those struggling with constipation and would love to help you navigate this issue. For starters, we suggest decreasing the dose to one capsule daily and increasing the amount of fat you are currently consuming. If you need any further clarifications or suggestions, please email us directly at radicalhealth@heartandsoil.co. We look forward to hearing from you! Best, Heart & Soil

Thanks for subscribing. Please check your inbox to confirm.