Strengthen your defenses. Targeted support for the immune system, histamine intolerance, and allergies.

This knowledge has been passed down between generations of our ancestors who have always treasured animal foods above all sources of nourishment. But our predecessors didn’t just eat muscle meat, though a grass fed steak is a delicious part of our diet, this is only part of the equation.

Simply put, animal foods eaten nose to tail are the ultimate human mutli-vitamin, containing all of the nutrients we need to thrive in the most bioavailable forms without any of the toxins found in plant foods.

100% Grass Fed Thymus, Lung, and Spleen are abundant sources of bioactive peptides and nutrients that enhance immune cell functioning and response to pathogens, as well as energy, mitochondrial function and exercise performance.

The consumption of these immune fighting organs were treasured by our predecessors. According to Beverly Hungry Wolf in her book The Ways of My Grandmothers, she explained that “the lungs were not cooked, just sliced and hung up to dry.”

Samuel Hearne, explorer and writer, journaled his experience with the Indians northwest of the hudson bay in 1768 and described a treasured dish,

“but of all the dishes cooked by those people, a beeatee, as it is called in their language, is certainly the most delicious, at least for a change, that can be prepared from a deer only, without any other ingredient. It is a kind of haggis, made with the blood, a good quantity of fat shred small, some of the tenderest of the flesh, together with the heart and lungs cut, or more commonly torn into small shivers; all which is put into the stomach, and roasted, by being suspended before the fire by a string.”

Consumption of liver was also particularly emphasized for those who were ill within the tribe across many cultures,

In The Fat of the Land, Vilhjalmur Stefansson, a famous anthropologist and expert behind the diet of the Inuit, states that, “While meat of any kind is in great demand, it is interesting to note that the following are favorite cuts…  The liver of any animal…” He additionally noted that the heart and kidneys were especially cherished by the Mackenzie River Eskimo’s and further reported, “The kidneys are usually given to the children, somewhat as if they were candy.” Throughout his travels he noted the importance of eating the whole animal and highlighted the value these foods brought to the vitality and happiness to these thriving cultures of the Northern Arctic circle.

Weston A. Price also added to the notion that liver is truly a prized food for indigenous people in his book, Nutrition and Physical Degeneration. Regarding an African tribe, known as the Nuer, he stated, 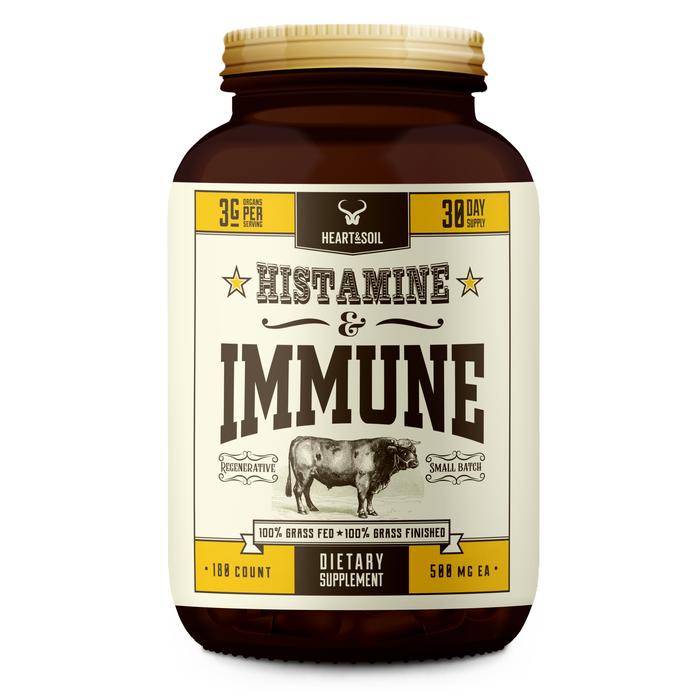 In these ‘covid times’ having a cough due to allergies makes everyone give you the side eye. I have suffered from allergies my entire life in many forms, but allergy meds really disagree with me. This year has been particularly bad for hay fever type symptoms so when I saw this product I had to give it a try. Two weeks in and I am convinced. I went 4 full days without sneezing and my scratchy throat is gone. Winner Winner. Thanks Paul

My body has changed quickly and for the best, getting a lot compliments!